In the first half of April this year, more than 100 media representatives were trained in gender-sensitive journalism standards within the framework of the project “HERo – New narratives towards a gender equal society”, implemented by the NGO “Social Technologies Agency” (Kyrgyzstan) and the Center for Creative Development “Danilo Dolci” (Italy) with the financial support of the European Union.

In the era of digital, democratic, public and political changes, communication has become the most important means of communicating progressive ideas and initiatives that can create stronger, informed and active communities than ever before. The development of journalistic ethics is the most important phenomenon for the entire professional community and the cornerstone of news journalism as a means of transformation in society. In the light of the changes occurring changes, the gender issues become a mandatory component of progress and ethical journalism. The struggle against gender inequality is the struggle of all mankind. Wonder on biased ideas, stereotypes, prejudices and violence against women and girls means striving to ensure that the theme of violence and inequality finally began to be correctly covered in the media.

The Government of Kyrgyzstan is systematically working in this direction. In particular, the National Action Plan for Achieving Gender Equality for 2018-2020 included separate measures to develop standards for gender-sensitive journalism, and now the Ministry of Labour, Social Security and Migration of the Kyrgyz Republic, being the authorized state body in the field of gender policy, continues to coordinate efforts and initiatives of various organizations, partners for their further implementation in the media sphere.

At the end of March (March 22), 2022, in the conference hall of the Madison Hotel, a presentation of information resources and events on the development of gender-sensitive journalism in Kyrgyzstan was held as part of the project “HERo – New narratives towards a gender equal society”, implemented by the NGO “Social Technologies Agency” (Kyrgyzstan) and the Center for Creative Development “Danilo Dolci” (Italy) with the financial support of the European Union. Mr. Raimonds Vingris, Chargé d’affaires a.i. of the European Union Delegation to the Kyrgyz Republic, and in his welcoming speech emphasized: «For the European Union, the development of independent, democratic media and gender equality are priority values ​​and areas of cooperation with the Kyrgyz Republic. The EU has made a major commitment: at least 85% of all new external actions will include gender equality and the empowerment of women and girls as an important or main goal by 2025. Thanks to progress in the implementation of the EU Gender Action Plan (2015-2020), this share has steadily increased from around 58% in 2016 to 65% in 2019. The European Union is currently committed to achieving the 85% target by 2025». 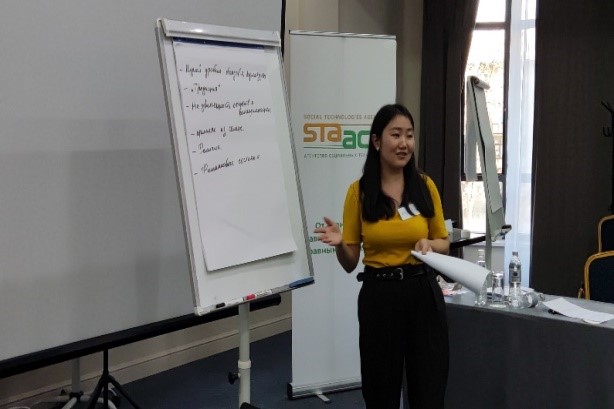 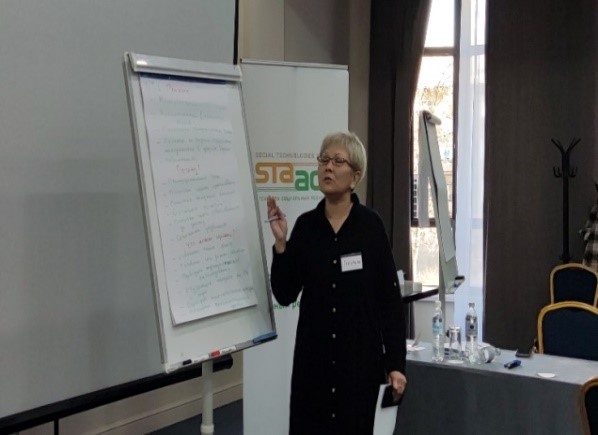 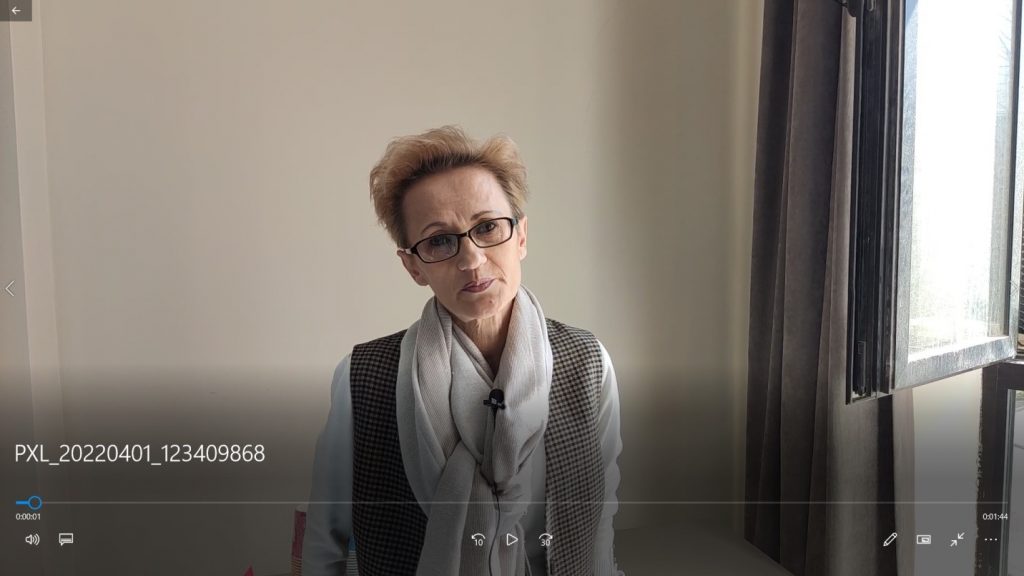 Irina Gorina, associate professor of advertising and public relations at KRSU, noted: “The training was informative and interesting! The audience was very diverse, it included representatives from different universities of the country. … Definitely these trainings are needed, as in Kyrgyzstan the number of gender-based violence is increasing, and in this case it is necessary to educate the younger generation, and call them to the fact that neither child nor woman should not be exposed to violence”.

the feedback from the participants: https://youtu.be/pFm2lfyqToM

On April 5-6, 2022, training sessions (in Kyrgyz and Russian) were also organized for media journalists and bloggers from Chui, Talas, Issyk-Kul, Naryn provinces and Bishkek to promote standards of gender-sensitive journalism. 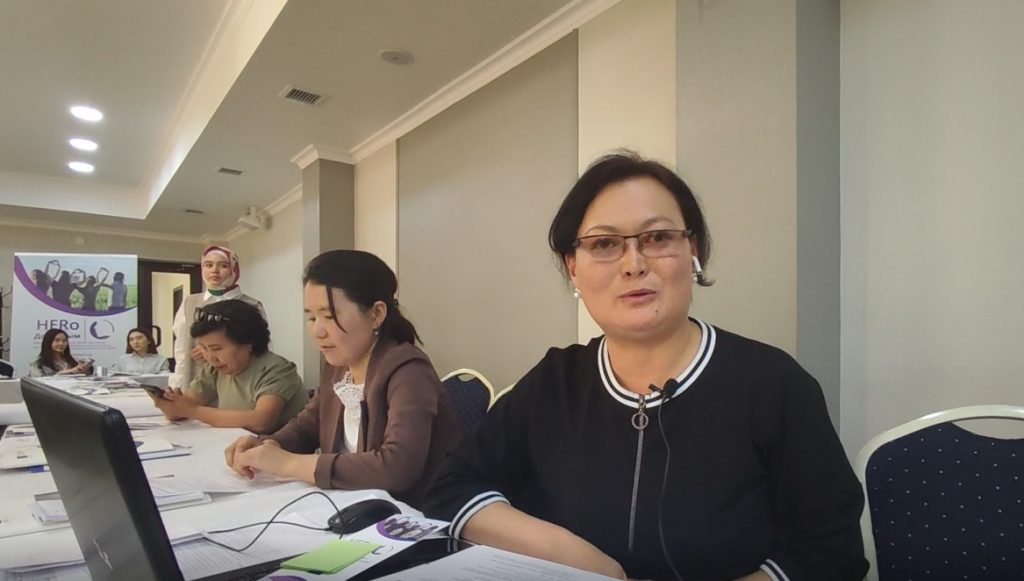 “I liked this training, especially that the training brought together representatives of different media from different regions of Kyrgyzstan. At the training, I learned how to cover informational materials taking into account the standards of gender-sensitive journalism and I will apply these standards in my work”.

The feedback from the participants: https://youtu.be/EA7OgIResSw

On April 12, 2022, the journalists accredited to the Jogorku Kenesh of the Kyrgyz Republic were also trained in gender-sensitive journalism standards (in two groups – in Kyrgyz and Russian). 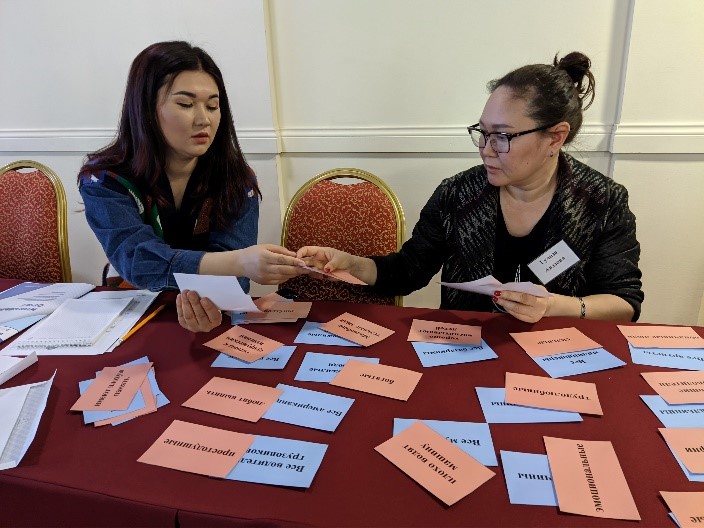 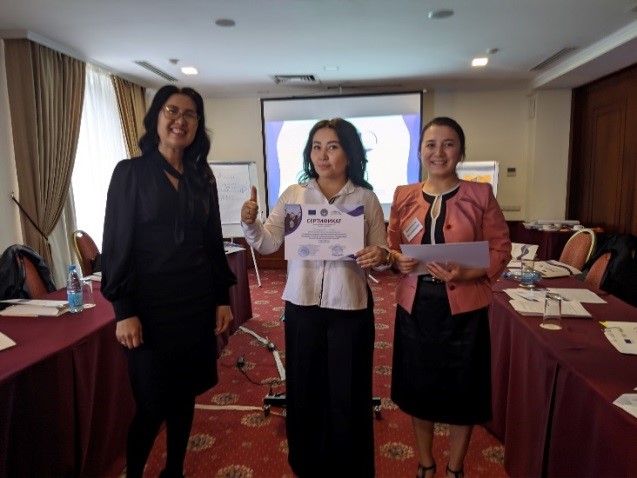 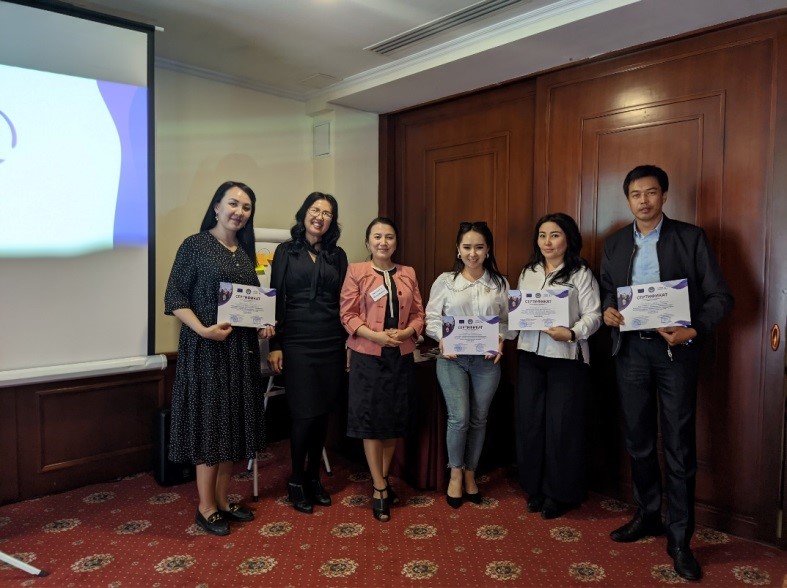 Training on gender-sensitive journalism standards for accredited media representatives from the Parliament of the Kyrgyz Republic, April 12.2022, Bishkek

On April 14-15, 2022, a similar training on gender-sensitive journalism standards for journalists, media representatives and bloggers from Osh, Jalal-Abad and Batken provinces was organized in the Osh city

According to the journalists who took part in the trainings, they will be able to apply the knowledge and recommendations on gender-sensitive reporting in their professional activities and disseminate them among their colleagues. The journalists also noted the importance of continuing such seminars, meetings to discuss and exchange best practices in the future. 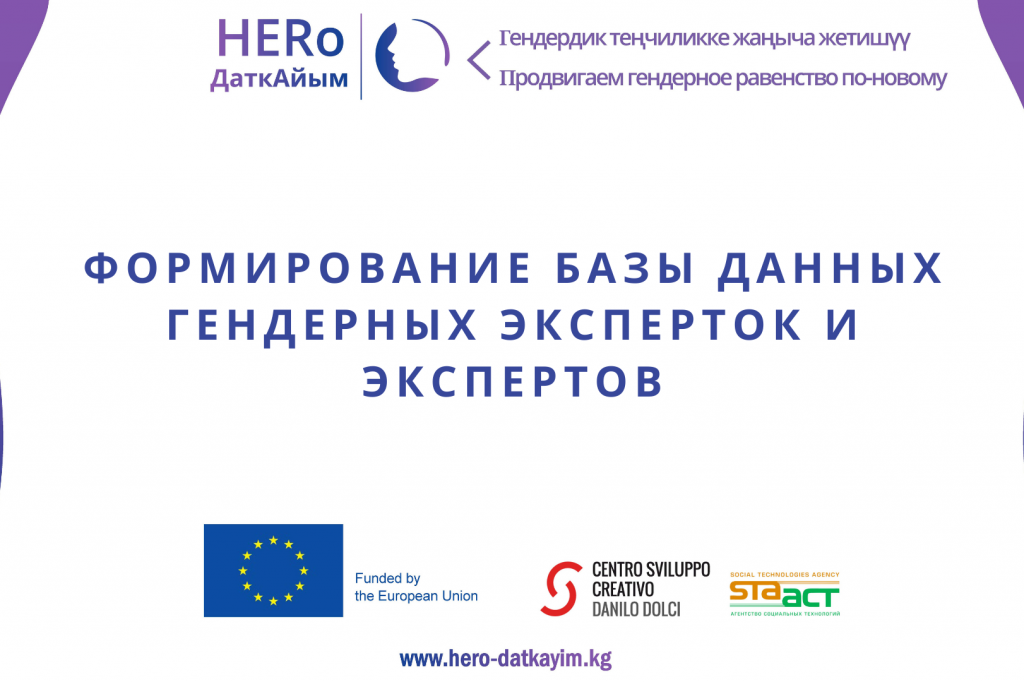 On 8 March, Bishkek will host a solidarity march...