On October 27, 2022 (from 09:30 till 17:30) the final conference of the project “HERo — New   narratives towards a gender equal society” was held in the conference hall of the “Park Hotel Bishkek” (87, Orozbekov str.). The project is implemented by the Public Association “Social Technologies Agency” (Kyrgyzstan) and the Center for Creative Development “Danilo Dolce” (Italy) with the financial support of the European Union. 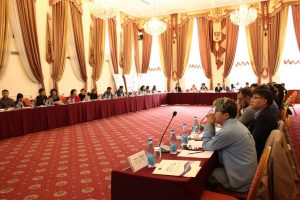 Participants of the final conference.

At the opening of the conference, welcoming speeches were made by: 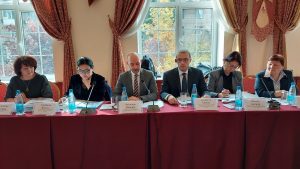 Ms. Zhanyl Alybaeva, Deputy Minister of Labour, Social Protection and Migration of the Kyrgyz Republic. In her welcoming speech, Ms. Janyl Alybayeva thanked for supporting the process of developing the National Strategy for Achieving Gender Equality until 2030 and the National Action Plan for 2022-2024 and other efforts of the Authorized State Body in the field of gender policy and noted the importance of continuing the initiated initiatives. 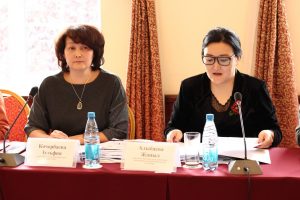 The European Union is a world leader in advancing gender equality as a key policy goal for external action and a common foreign policy to accelerate progress towards global goals, including the Sustainable Development Goals (SDGs) at the heart of the 2030 Agenda.

The EU’s action to promote gender equality is based on a tripartite approach: a combination of gender mainstreaming, targeted action and political dialogue.

As part of the project “HERo — New   narratives towards a gender equal society” implemented by the Public Association “Social Technologies Agency” (Kyrgyzstan) and the Center for Creative Development “Danilo Dolce” (Italy) with the financial support of the European Union a lot of work was done.

It is essential for us that the assistance provided to the country leads to positive sustainable changes. And in this regard, the proposed format at this final conference of the HERo project is the most suitable for this purpose.

In his welcoming speech, Mr. Alberto Biondo, coordinator of the project “HERo — New   narratives towards a gender equal society”, Center for Creative Development “Danilo Dolci” (Italy), welcomed and thanked those present for their assistance and cooperation in the implementation of the Project. 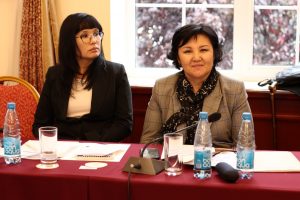 At the meeting, the results developed in the project were presented, including the developed materials and products intended for further distribution and use by all interested organizations. Opportunities and strategies for further cooperation were discussed.

The conference was held within 4 thematic sections – (1) “Education free from stereotypes”, (2) “Cooperation in the implementation of the state gender policy”, (3) “Development and support of the activities of local committees for the protection and safeguarding from domestic and gender violence”, (4) “Gender-Sensitive Media Standards”, where direct participants, beneficiaries and partners of the project spoke, shared their experience and recommendations for follow up activities to promote gender equality.

Thus, at the beginning of the final conference, Ms. Zulfiya Kochorbaeva, director of the PA “Social Technologies Agency”, demonstrated to the conference participants the main results of the activities of the Project ““HERo — New   narratives towards a gender equal society”, noting that the project supported the development of the National strategy for achieving gender equality until 2030 and the National Action Plan for 2022-2024 and other efforts of the Authorized State Body in the field of gender policy. The accumulated knowledge, materials and products are presented for further dissemination, the results achieved within the framework of the project are discussed, as well as challenges and further promising strategies, ways of cooperation between different sectors in the framework of the implementation of gender policy in Kyrgyzstan.

Further, within the framework of the session “Education free from stereotypes” with a presentation on the experience of cooperation with the project, Ms. Chinara Kurbanova, Director of the Republican Scientific and Practical Center “Okuu kitebi”, who noted that within the framework of cooperation, the project provided support to the Ministry of Education and Science of the Kyrgyz Republic in the implementation and institutionalization of anti-discrimination and gender expertise of educational materials, 300 test questions were elaborated for testing independent experts and more than 150 independent experts, authors of school teaching materials in various subjects, editors and publishing house specialists, teachers participating in the testing of teaching materials, specialists of institutes for advanced training of teachers, teachers were trained pedagogical universities from different regions of the country.

Ms. Avazkan Ormonova, regional project facilitator, said that information campaigns were held in schools in all regions of the country to overcome gender stereotypes in education with the participation of more than 1,000 high school students from 38 schools in Kyrgyzstan. Information materials and videos were handed over to schools for further use and distribution.

At the end of the session, a discussion was organized, in which the conference participants noted the importance of the implemented activities within the framework of the project for the education system of the Kyrgyz Republic, and wished further development of the implemented initiatives. Also, the participants were shown information materials and videos of the Project. 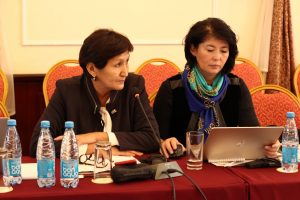 The next session within the framework of the final conference was the session “Cooperation in the implementation of the state gender policy”, in which the speakers were:

Ms. Gulnara Turdumambetova, Director of the Training Center at the Bar Association of the Kyrgyz Republic, in her speech noted it is important to support the platforms created by the project in order to strengthen intersectoral cooperation in the implementation of gender policy”.

Ms. Cholpon Omurkanova, PF “Eagl” spoke about participation in the project training for CSOs and the importance of expanding the gender agenda in the activities of public organizations.

At the next session “Development and support of the activities of local committees for the protection from domestic and gender-based violence”, Ms.Tolkun Tyulekova, Chairlady of the Association of Crisis Centers of the Kyrgyz Republic and Ms.Zhanna Saralaeva, Expert of the Jalal-Abad Center for Civil Society spoke about the lessons learned in supporting local committees for the protection against domestic and gender violence in 7 provinces of the country.

As part of the project, 14 new committees for the protection and protection from domestic  and gender-based violence have been created in all provinces of the country. Representatives of the committees also spoke at the conference and shared the results of their activities. 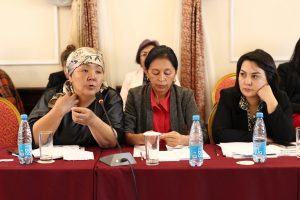 Members of the Local committees of the Chui province 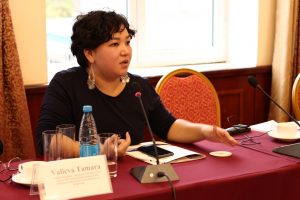 Further, all participants of the conference during the discussion noted the exceptional importance, relevance and sustainability of the implemented actions within the framework of the project. Wishing and expressing desires in the further development of implemented initiatives 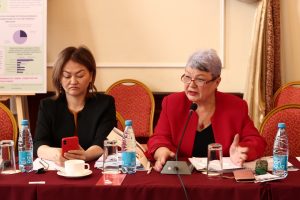 In the final session of the conference, Ms. Tamara Valieva, Chairlady of the Media Complaints Commission, Chairlady of the Media Action Platform of Kyrgyzstan, member of the National Transversal Board of the project, spoke about the rules, procedures and criteria for selecting winners and the results of the competition among the media and social media were announced held within the framework of the project “HERo: new narratives towards a gender equal society!”. There was a solemn award ceremony for the winners of the competition in the following nominations:

Among more than 70 works, 20 winners were determined in various categories and received valuable prizes (laptops, smartphones, microphones and other professional equipment) 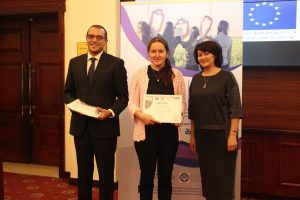 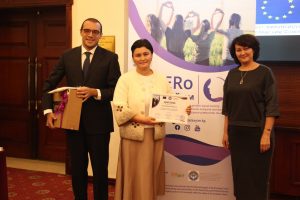 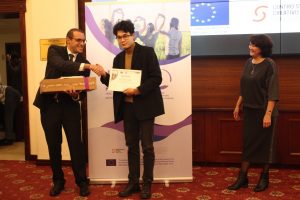 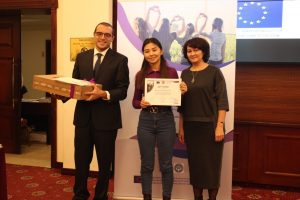 The final step within the framework of the final conference of the project “HERo: new narratives towards a gender equal society!” there was a general photo of the conference participants 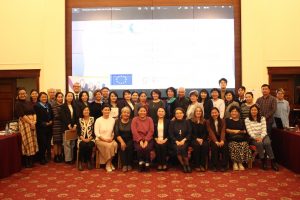 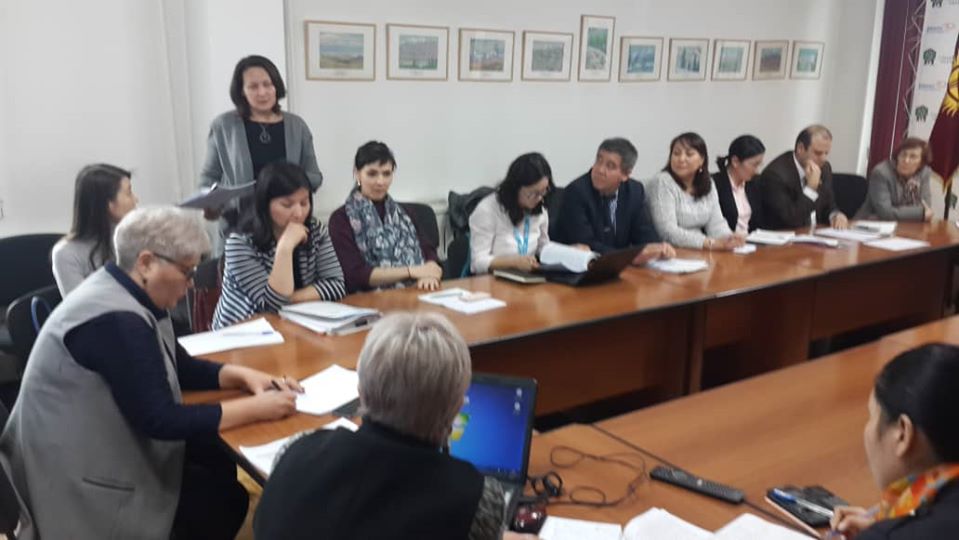 Review of the Kyrgyz Republic’s... 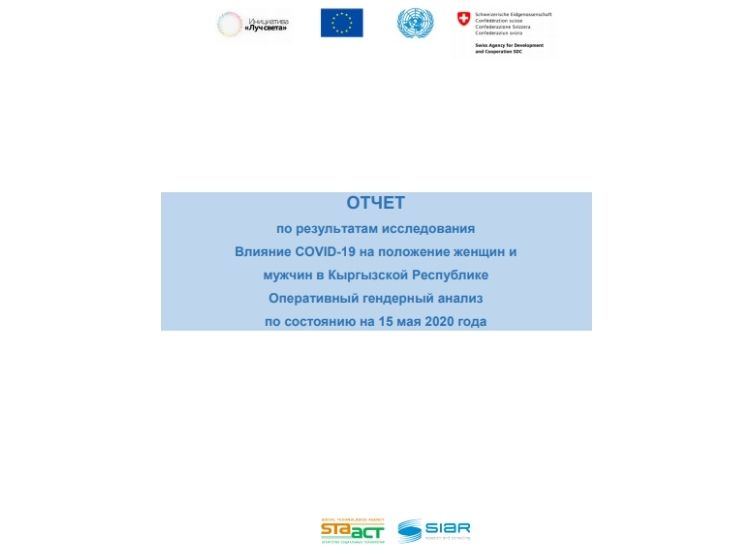 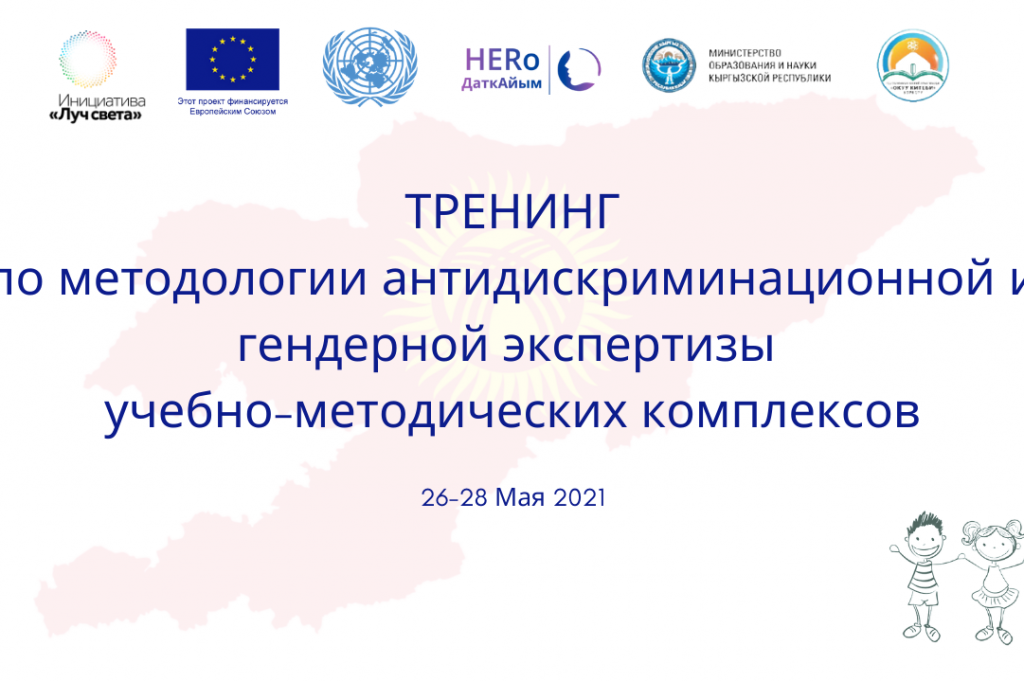 Training for authors of school textbooks on the... 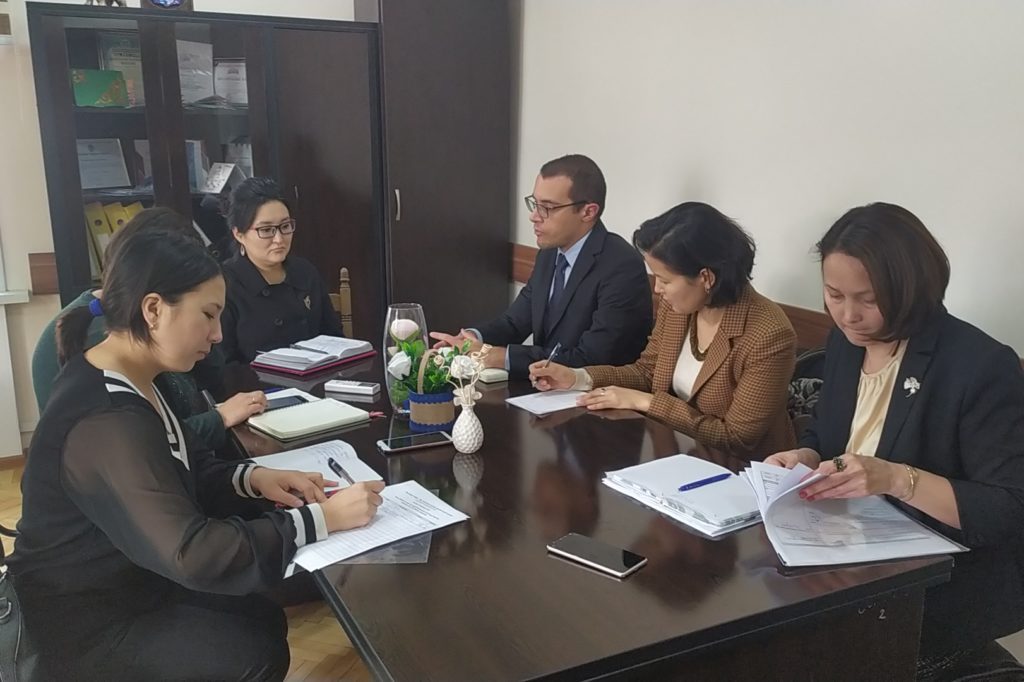 Project team meeting with the Deputy Minister of...