“Women are the unrecognized heroines of this crisis.” 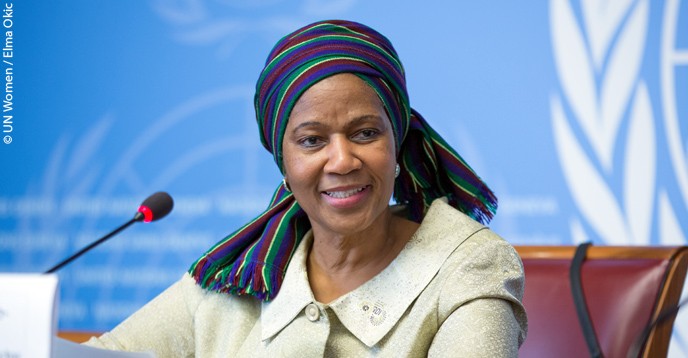 One of the consequences of the health crisis and the exclusionary regime imposed in many countries has been an increase in violence against women. Ms. Phumzile Mlambo-Ngcuka, Executive Director of UN Women (link is external), warns of possible restrictions on women’s rights.

Last March, you raised concerns about increasing gender inequalities. Why has the pandemic had such a negative impact on women?

Women and men are not equal in the face of any crisis, this one is no exception. Often during these periods, existing inequalities are only exacerbated.

The COVID-19 pandemic has been a severe ordeal for women. They make up a large percentage of those who are engaged on the front lines of the virus and have the highest risk of infection. In addition, they have been severely affected by the socio-economic impact of the epidemic. The forced suspension of activities has worsened the financial situation of women, who are more likely than men to have precarious and low-paying jobs. Many women have lost their source of livelihood.

In addition, a large proportion of women receive support from social services. Given that the quarantine has made social welfare agencies less accessible, women who were not registered with them before the crisis faced even greater difficulties.

The pandemic has brought to the forefront the most important professions for the functioning of society – medical workers, cashiers, and teachers. The proportion of women in them is disproportionately high. Can the current crisis force us to change attitudes toward those who work in these fields?

Women are the unrecognized heroes of this crisis. Because, strange as it may seem, it seems that even now many people are not aware that the main job of overcoming the crisis lies on women’s shoulders. They are saving people’s lives, while continuing to remain in the shadows.

I sincerely hope this situation will change. This is why it is so important to talk about women’s contributions, to make everyone aware of their importance.

What can women contribute to overcoming this crisis?

Nursing has traditionally been a job for women, and they do make up the lion’s share of the nursing staff. But women, who also have to act in many different roles in everyday life, are perhaps better able to see that this crisis goes beyond health care and affects many other aspects of our lives – social, economic, sanitary, food security. Women are more sensitive to the interconnectedness of all these issues because they face them every day. They are inherently better equipped to deal with these situations.

In your statement (link is external) published in April 2020, you talk about an invisible pandemic, referring to the increase in violence against women. How has the exclusionary regime affected women?

What I am really talking about is that there has been an increase in calls to domestic violence hotlines and shelters around the world. Isolation has led to more time spent by partners together and thus contributed to more conflict within families. Some found themselves locked in the same room as their abuser, cut off from those who could help them. Moreover, reporting violence in an epidemic has also become more difficult, particularly because of limited access to hotlines and disruptions in government agencies such as the police, for example.

In countries where domestic violence services are not part of basic services, women forced to spend all their time with their aggressor have been completely unsupported.

Should women’s rights be feared to be restricted?

Yes, there has already been a regression in women’s rights, and the situation may only get worse in the future. We must do everything we can to prevent this.

This year is the 20th anniversary of UN Security Council resolution 1325 (link is external) on women’s rights, peace and security. We must promote the plans in this area and prepare for even greater action. Women’s rights must not be sacrificed, they must remain a priority for the world community. Winning this fight is just as important as overcoming the COVID-19 epidemic. We must emerge victorious from both of these battles.

What must be done to prevent the crisis from having a devastating impact on women’s rights?

We must act on several fronts. With regard to the economy, we must ensure that anti-crisis measures include measures which directly target women. But they must also include workers in the informal sector, whose rights we are still fighting for.

We must continue to fight against gender-based violence, which will not disappear once the crisis is over. We must not lose sight of this issue.

We must also promote more women in leadership positions, especially in countries with low female leadership.