Gender Inequality for the Ages. Why women will suffer more than men from the coronary crisis 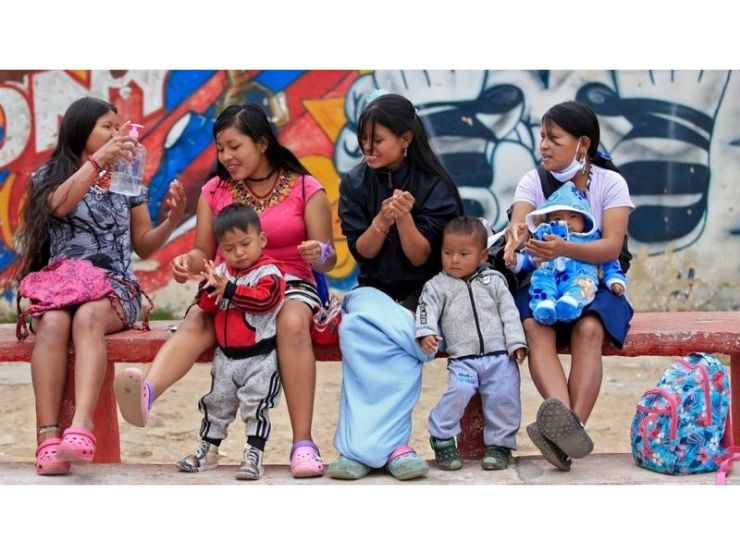 Gender Inequality for the Ages. Why women will suffer more than men from the coronary crisis
Alexei Kalmykov
BBC
July 28, 2020
Women will take the brunt of the century’s biggest economic crisis, coming to the world in the wake of a coronavirus pandemic, experts and international organizations warn. The medical emergency is not a reason to abandon the fight for gender equality, or the achievements of recent decades will be overturned and the exit from the crisis will be delayed, they say.

And without any epidemic, scientists have allowed a century to bridge the deep gulf between the sexes in public and business life. The virus confidently burns down one flimsy bridge after another, distancing the goal by centuries.

“The Covid-19 pandemic threatens to set back all advances in economic empowerment for women and widen a gap never bridged despite the progress of the past 30 years,” the four International Monetary Fund executives wrote.

They singled out four main reasons why the economic crisis is hitting women harder.

Women form the backbone of the labor force in the sectors most affected by quarantine. They are more likely than men to work in the informal sector, where workers’ rights to social protection and equal pay have been violated. It is more difficult for them to return to work under quarantine if there are children or elderly people in the household who require care. Finally, in hard times, especially in poor countries, girls are the first to sacrifice their education and future to help their families.

The situation in business is similar. Recent studies by the UN and World Bank showed that among small and medium-sized businesses, businesswomen were more affected by the coronary crisis than entrepreneurs: 64% vs. 52%. And the old problems only worsened in the crisis: businesswomen even more time spent with children, while schools are closed, more often faced with domestic violence, and worse prepared for the sharp withdrawal of the business online.

According to statistics, there are 300 million fewer women than men with access to mobile Internet in non-wealthy countries, a gap of 23%. And women on average do almost three more hours of housework a day than men.

“All of these factors combine to make women vulnerable to the crisis and, when the pandemic ends, threaten to exacerbate gender disparities in education, health, and well-being. Decades of progress in this area will go to waste,” writes Philippe Le Houérou, head of the International Finance Corporation (IFC) of the World Bank Group.

“And widening gaps in the economic status of men and women will translate into giant productivity gaps and undermine the chances of a quick recovery,” he believes.

One in Five.
Not only did the Coronacrisis hit women harder than men, but it also sidelined the struggle for gender equality in opportunity, income, education, representation, and security.

Even at the pre-crisis pace, this would have taken another half century in Western Europe and a century and a half in North America, Asia and the Middle East. And the average planet would take about 100 years, the World Economic Forum estimated before the pandemic began.

Six months passed, and it became clear that not only those living now, but also their children and even their grandchildren would not be able to enjoy equal rights. The policy priorities of most rich countries have shifted from a gradual restoration of social justice to an emergency and a battle for the survival of people and business.

But it’s not all bad. On one important front, progress is tangible. And equality is within reach.

It’s about the role of women in business leadership, in determining how to make money, which industries and technologies to bet on, and which corners to cut for profit.

Equality indices show that in those Western countries where women get their rights back faster, they are better represented in the upper echelons of power and business. And they prove that the shortest way to make tangible progress is to ensure equality where the rules of the game are set and the strategy of society is chosen.

It is easier with the first and more difficult with the second, because politicians are elected by the population, and directors are appointed to boards by business owners to ensure maximum return on invested capital. Directors determine the strategy, approve crucial decisions, and elect managers, to whom they delegate the day-to-day management and implementation of the plan.

That’s why activists and politicians have been closely monitoring the representation of women on corporate boards for a long time. And there have been some successes.

Just three years ago, this proportion in the U.S. companies did not exceed 15%, and by early 2020, rose to 22%, according to consulting firm Equilar. At this rate to achieve parity is not possible by mid-century, and only a decade later – by 2030, the researchers believe.

They track the personnel policies of three thousand publicly traded companies, which account for nearly 99% of the world’s largest U.S. stock market, and compile an index of gender parity.

So far, it has risen steadily,

Covid-19: How differently the pandemic affects...

Four focus groups were held within the framework...