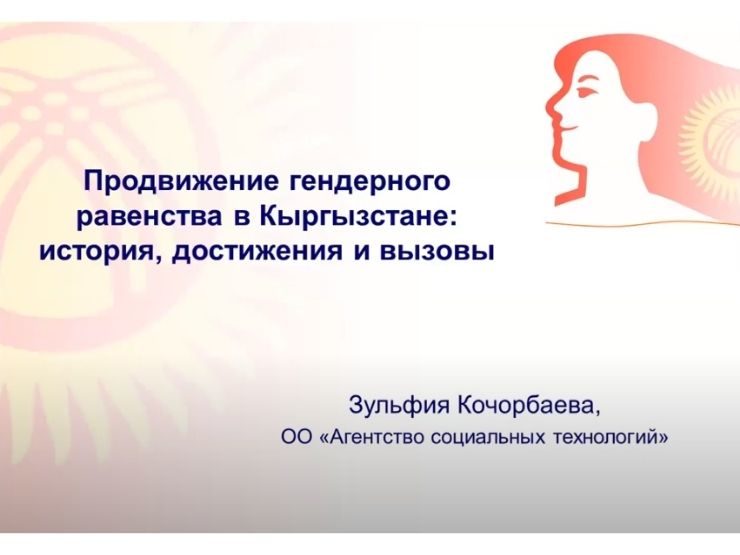 Promotion of gender equality in Kyrgyzstan

A video lecture by Z. Kochorbaeva, which presents a brief historical overview of the promotion of gender policy in the Kyrgyz Republic (with a focus on the political participation of women), as well as current trends and challenges for gender equality.

What does the concept of equality between woman and men mean

The living conditions of women and men differ significantly from each other, to a certain extent due to the reproductive function of women. Differences should not negatively affect the living conditions of women and men and lead to discrimination. Gender equality is an equal assessment by society of the similarities and differences between women and men and the different social roles they play. Gender equality - is the possession by women and men of equal status through equal conditions for the realization of human rights and potentials. The video was prepared within the framework of the project "HERo - New narratives towards a gender equal society", which is implemented by the NGO "Social Technologies Agency" and the Center for Creative Development "Danilo Dolci" with the financial support of the European Union. 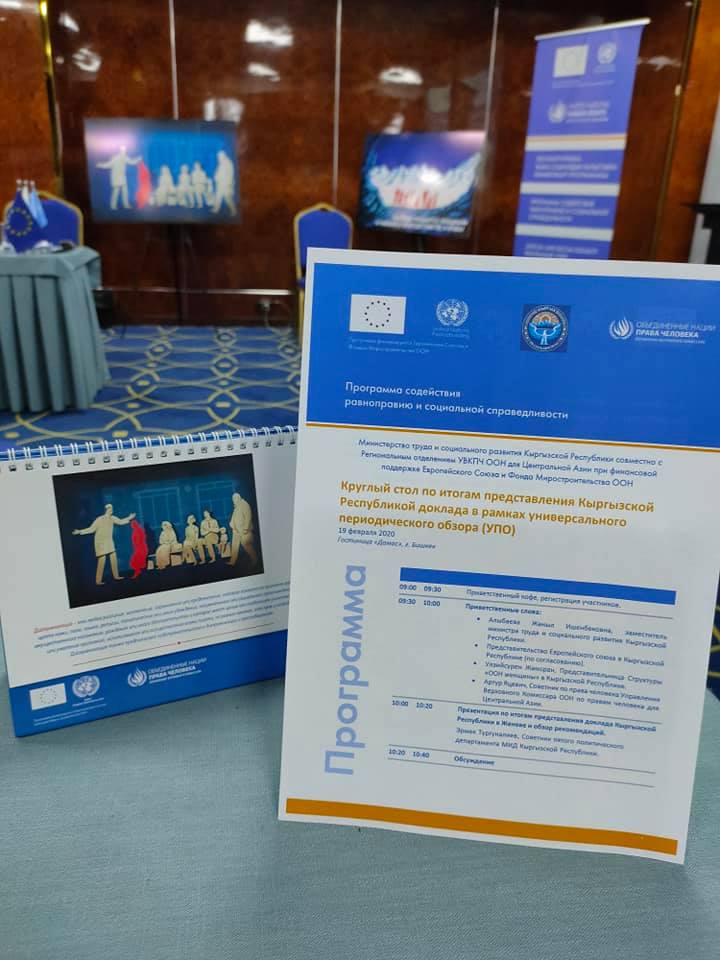 Guarantees of protection from violence and discrimination in the Kyrgyz Republic. UPR recommendations

Meeting of the team of the project “HERo – New narratives towards a gender equal sociеty” with the head of the book publishing sector of the Ministry of Education and Science of the Kyrgyz Republic. 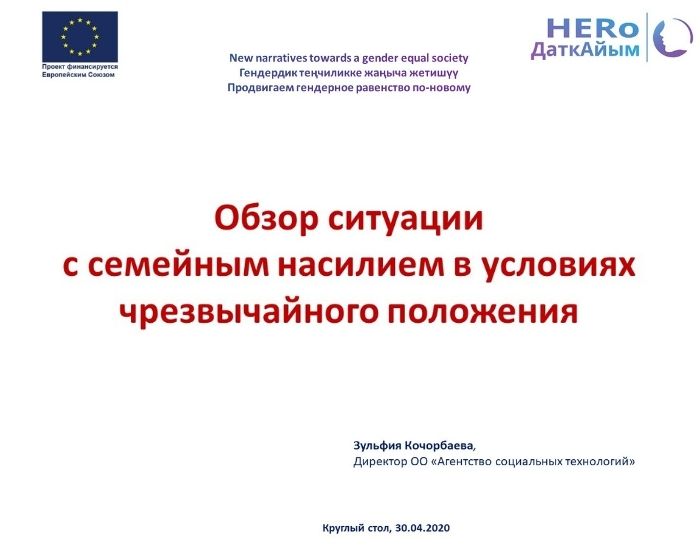 Round table “Impact of the state of emergency on the protection of victims of domestic violence: current situation and prospects”.

On April 30, 2020, a round table "Impact of the state of emergency on the protection of victims of domestic violence: current situation and prospects" was held. 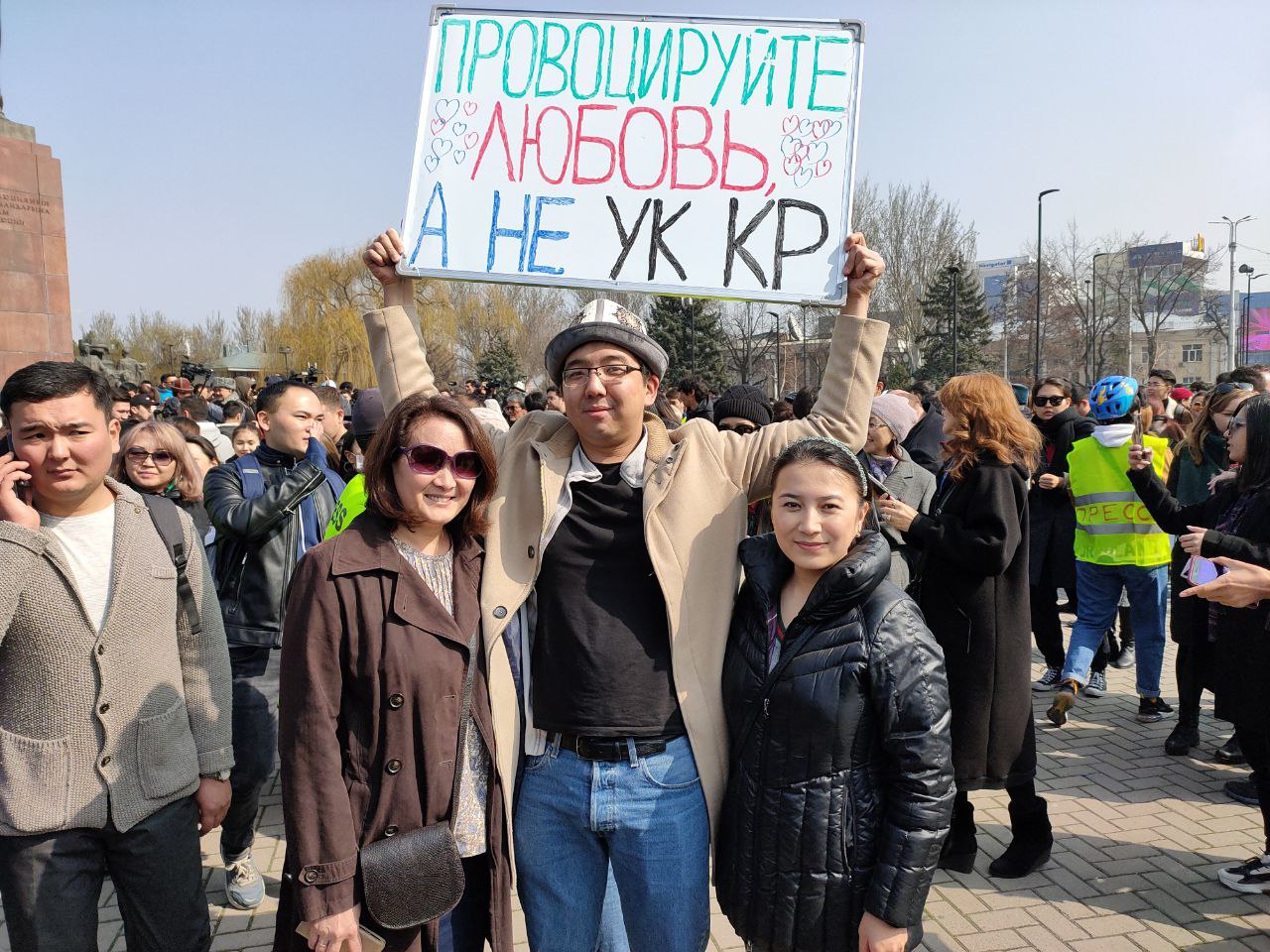 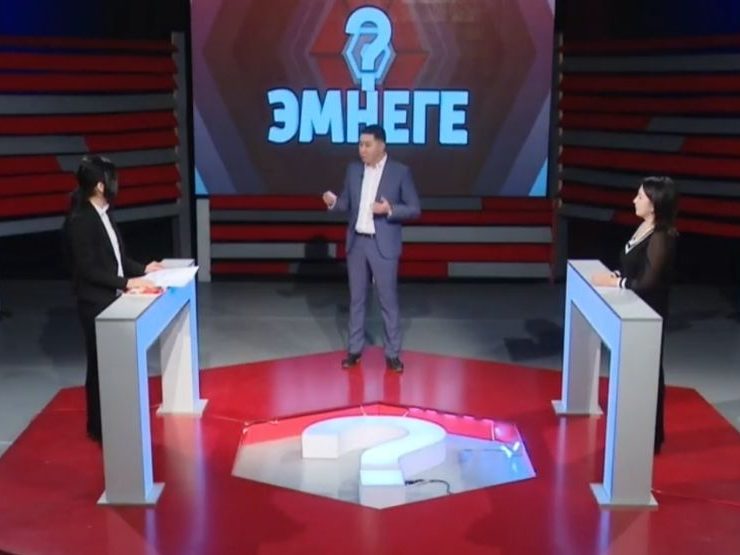 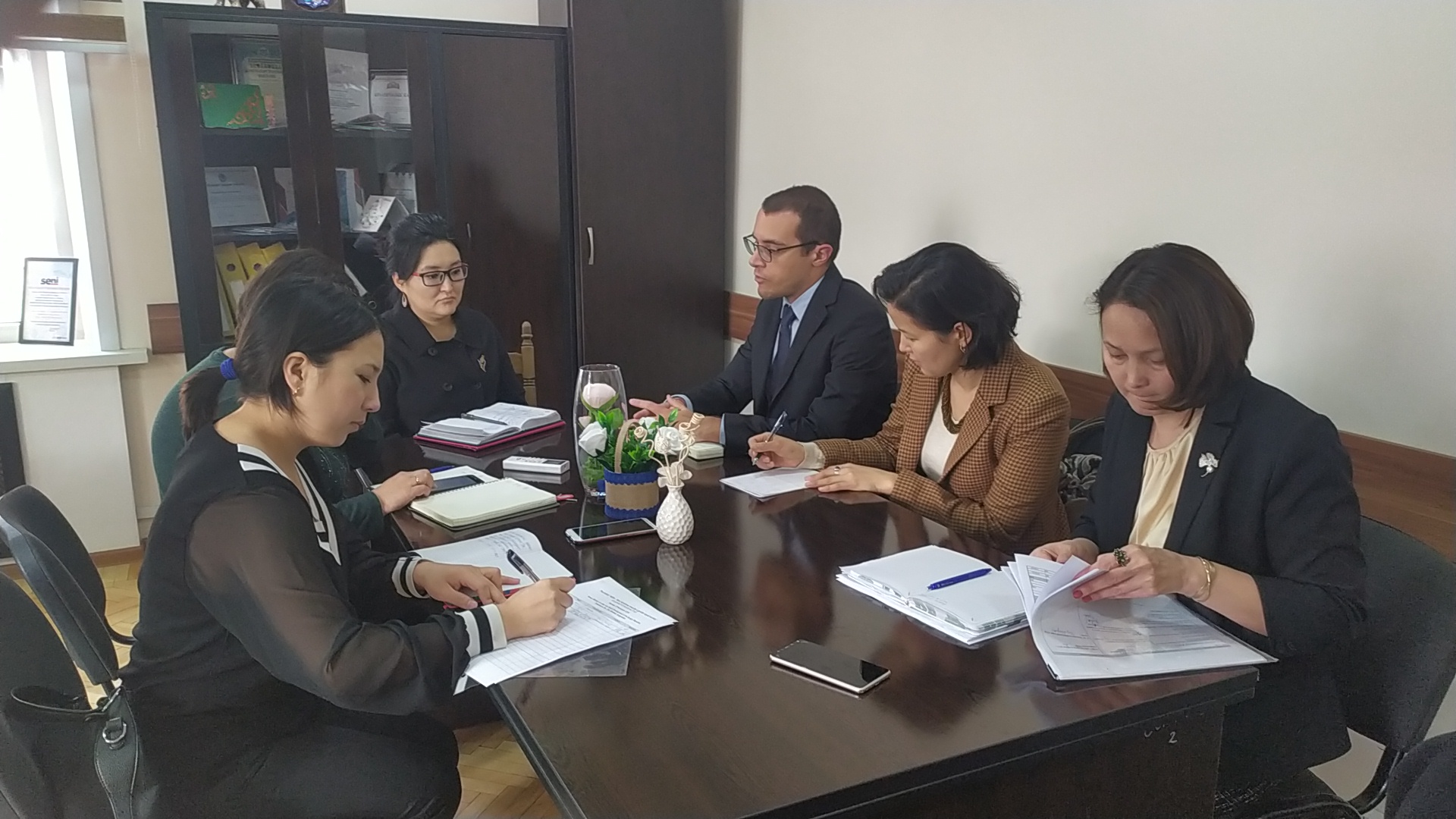 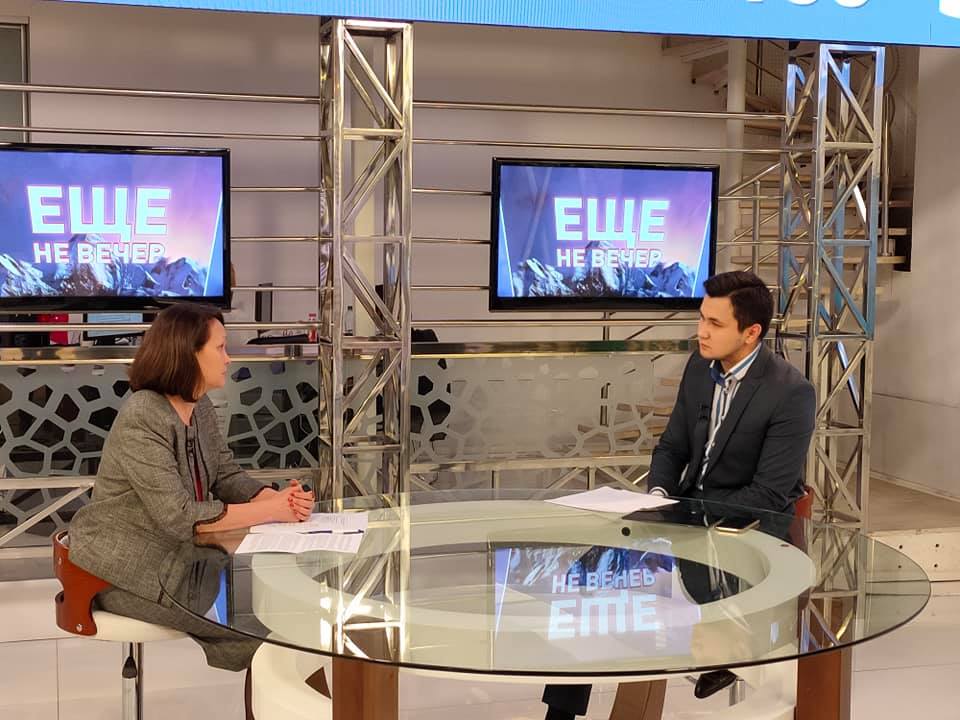 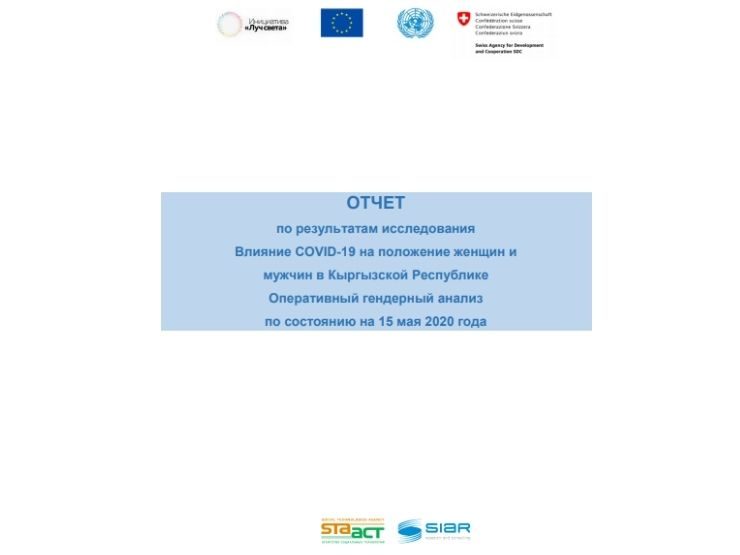 “The impact of COVID-19 on women and men in the Kyrgyz Republic. Operational gender analysis as of May 15, 2020”.